Oftentimes, it’s assumed that if you are at or near the top of organic rankings, that paid search is unnecessary. A recent study by Google conflicts this theory and shows that many of the paid search clicks add valuable incremental traffic to your organic click-throughs.

Some of the statistics reported in the study include:

Additional information can be found in this handy infographic: 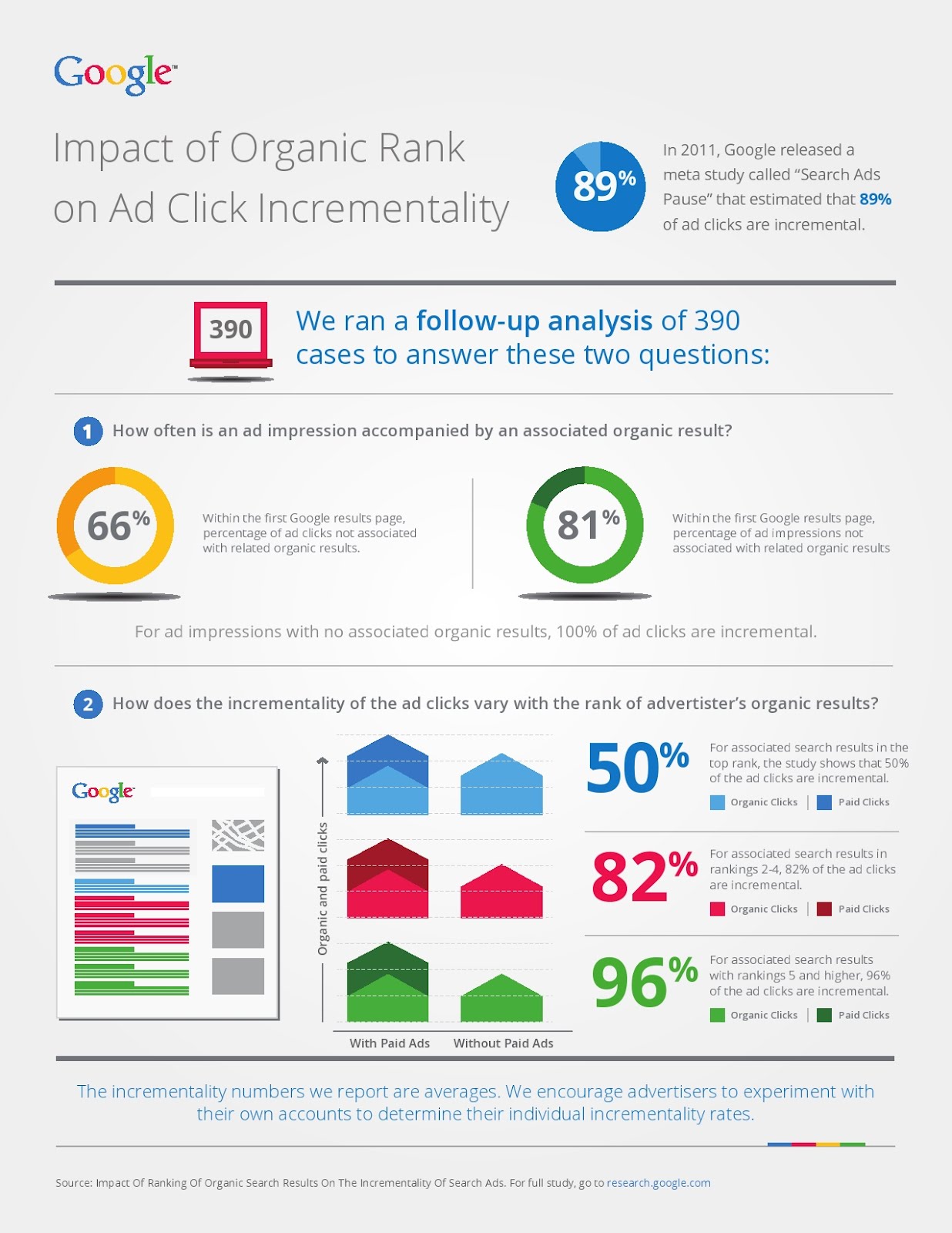 By complementing your organic rankings (or lack thereof) with paid search, not only does it help you take up more first page real estate and get additional messaging in front of you potential visitors, but the data shows that it will actually drive substantial incremental traffic to your site. Don’t make the mistake of thinking that ranking towards the top of the first search page means your job is done. Take your site traffic to the next level integrating paid search into your digital marketing strategy.